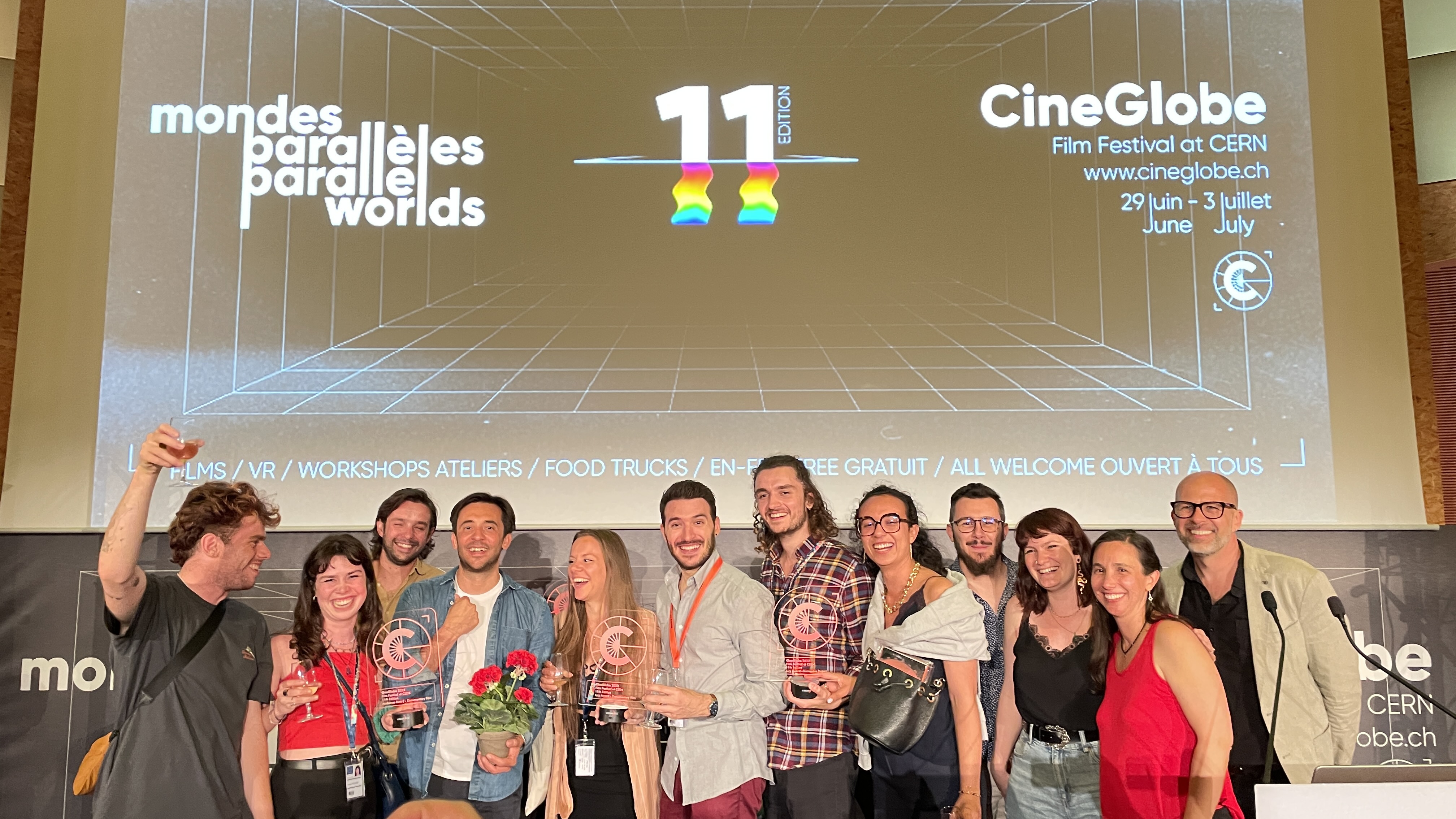 The 11th edition of CineGlobe, The International Festival of Films Inspired by Science, took place from June 29 to July 3, 2022, at CERN, our partner in the event.

Highlighted by the evening celebration of the 10th anniversary of the discovery of the Higgs boson and by the exceptional presence of Mark Levinson and Walter Murch, this edition attracted almost 1’400 visitors. Short and feature films, workshops, virtual reality, and master classes were held over 5 days to the delight of young and old alike, allowing them to explore the theme “Parallel Worlds”. You can relive the festival experience through our photo gallery of the entire event.

For its part, the jury emphasized the quality, originality, and relevance of the films presented. Indeed, the filmmakers competed with imagination and audacity in the subjects chosen and in the way they approached them, thus offering a high-quality cinematographic production to the visitors of the 2022 CineGlobe edition. In total, 9 short films were awarded (including two for the Audience Award in the Fiction category).

You will find the full list of awards below: the Jury was composed of Virtual Switzerland Director Laetitia Bouchud, physicist Tamara Vasquez and artist Michael Takeo Magruder

For a limited time, you can view the winning films on our online platform, presented in collaboration with Shift72 – online.cineglobe.ch. 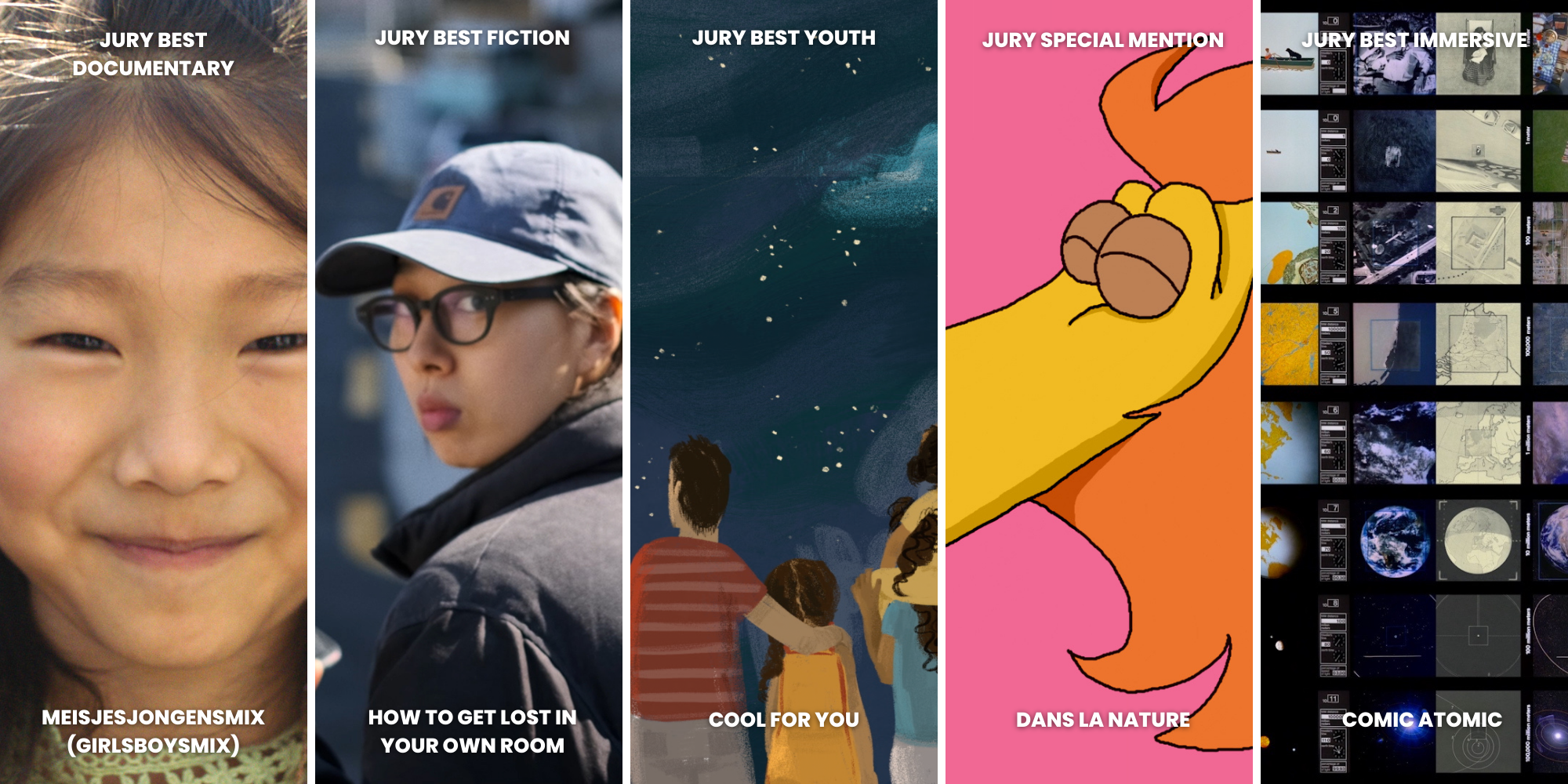 Jury Award – Documentary: Girlsboysmix – Lara Aerts (Netherlands)
Why is it so important to be a boy or a girl? Wen Long explains that she was born intersex, does not want to make a choice and above all wants to be herself.

Jury Award – Fiction: How to get lost in your own room – Park Jaehyun (South Korea)
Jeong-Im likes virtual reality games. The purpose of the one she plays is to find a house in an unknown location. Jeong-Im starts playing and finally arrives at the house she is seeking. But the game does not end…

Jury Award – Youth: Cool For You – Sherene Strausberg (United States)
“Cool For You” is an animated film, based on a book with the same title, explaining in a playful and poetic way to children global warming, what carbon dioxide (CO2) is and how we can limit its impact on the Earth through simple gestures. 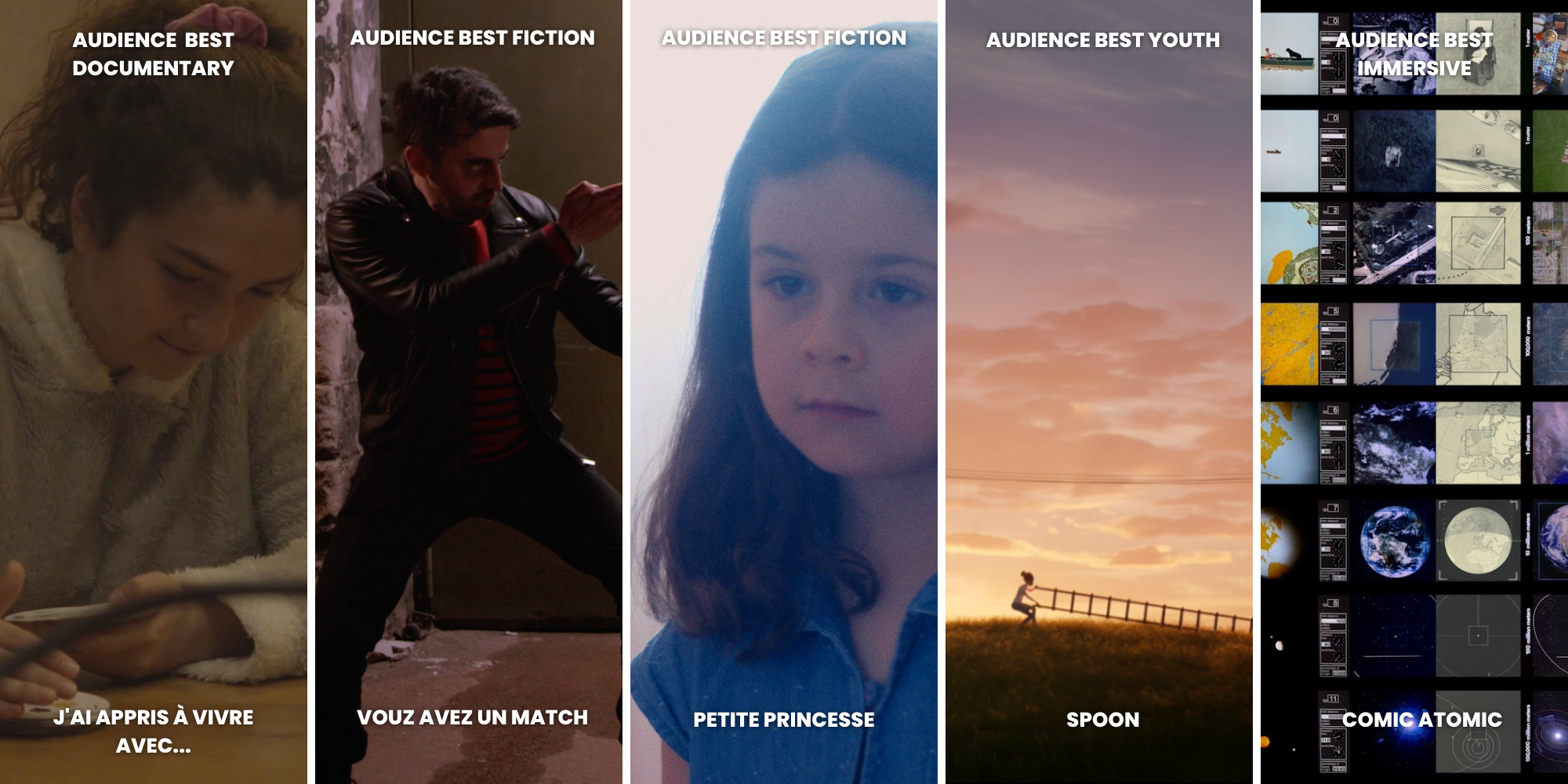 Audience Award – Documentary: I’ve learned to live with it… – Isabelle Desalos (France)
One evening, while they planned to sleep in the family caravan, a 10-year-old girl a 10-year-old girl is forced to endure incestuous abuse by her 17-year-old cousin. The young girl tells her story in her childlike words.

Audience Award – Fiction: Vous avez un match – Benjamin Ifrah (France)
Pierre-Louis signed up on the app Puncher to find people to fight with. He’s got a match with Christian, and will meet him tonight, but he’s nervous: he actually never fought before. Will he make it?

Audience Award – Fiction: Petite princesse – Jules Selini (France)
I am six years old and I would just like to play with Abel. Why doesn’t his father let him play with me?

Audience Awards – Youth: Spoon – Arthur Chays (France)
Escaping from your daily routine is very simple: you need motivation, a ladder and a spoon. But is it really that simple?

We’d like to take the opportunity to thank our partners, our team, and you, the public.

The entire CineGlobe team wishes you a great summer break and looks forward to seeing you next year!

At CineGlobe, we’re always looking for new ways to bring science and film closer together. So, we’re proud to announce the Geneva International Science in Fiction Screenplay Award ! We’re happy to have announced the winners of the first round of the competition during the CineGlobe Awards ceremony!

Best Feature Screenplay:
Michael Nardelli for iKnow How You Feel

Special mention:
Orso Vesperini for Mind out of Time

The competition remains open for the next round, so don’t hesitate to take a look at the site and submit your own screenplay – Geneva International Science in Fiction Screenplay Award.